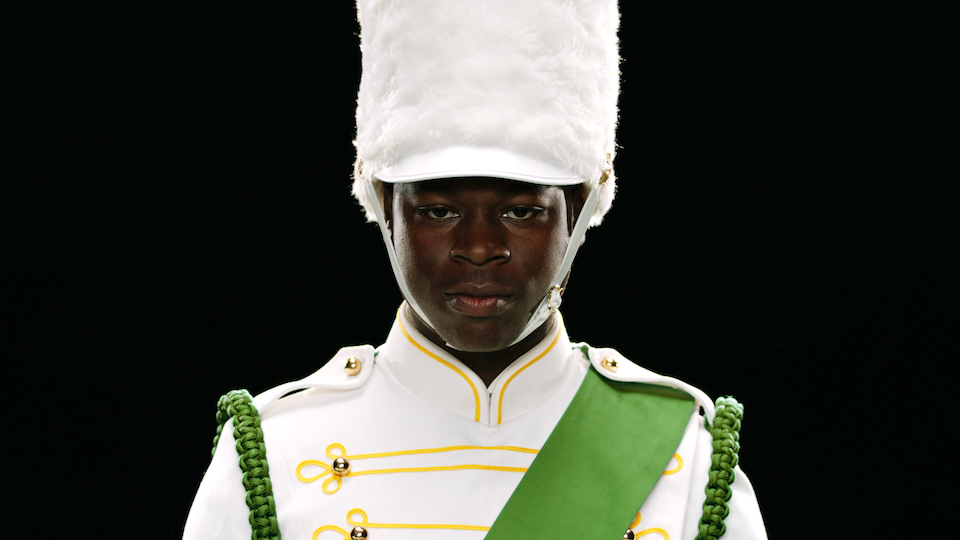 In an ongoing collaboration with our friends at Luckie & Co., we teamed up to create a visually arresting spot for Regions Bank. The concept? To uphold the notion that “Everyday is Gameday,” we recreated a gridiron on a soundstage with an actual drumline and small marching band that reinforced Regions’ affiliation with the College Football Hall of Fame. This project was a tremendous undertaking, and Artifact took on every aspect from soup to nuts. It included a ton of pre-production, prepping the studio (laying astro turf, painting yard lines and rigging lights), hours of band rehearsals, plus a day of shooting. A big part of post included planning the 3D typography, which appeared to live within the actual environment and move with the band as the musicians marched up and down the field. Our artist created a 3D lighting rig within Maya to be able to match the on-set lighting. Final steps included color grading and compositing the supers into the live-action scenes, while matching the focus, grain and background tonality of the footage.